A Socialist on Women

April 13, 2021
Still, I cannot think of (woman) without a feeling of reverence that amounts to worship, and that which I worship in her I would also worship in man if he had not banished it from his life. — Eugene V. Debs (@DebsEbooks) April 13, 2021
Read more

Chad : What Happened to the Binary? 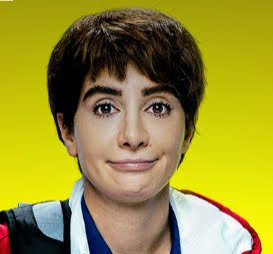 I have, recently, been observing what makes a figure feminine or masculine, or androgynous. Sometimes it's big shoulders, bug muscles, small hips for masculine; sometimes it's an hourglas figure or birthing hips for feminine. But often those norms aren't evident, but we still classify the person into the binary based on a million clues and that's interesting to me. I've just seen an advertisement for a TV show, Chad, a coming-of-age / awkward teen / cringe comedy about fitting it as an outsider. The advertisement shows a full-body image of a teenager, wrapped in a bulky jacket, shoulders emphasized with backpack straps - a teenage boy at a quick look. Something was off and on zooming in, it did not look like a young boy's face. The lead actor, Chad, is played by 39-year-old actress Nasim Pedrad. ( story , wiki ) Pedrad, who has chops as a Saturday Night Live alumni, developed the character and show herself. I wonder: the name Chad, which in media is oft
Read more

April 03, 2021
I was called " mad'm " by a youngster today at a drive-through window. I was not unhappy about it. Our language that requires others to correctly categorize people (in the face of ambiguity and human error) is in need of replacement.
Read more

There's a lot of challenges in beginning to present cross-gender. The clothes, the shoes, the accessories are an expense, and can be a significant expense so many people turn to Thrifting (as a verb) which is a common experience. But there are other factors - shoes (ugh!), and makeup / cosmetics. multi-jillion corporation Sephora has initiated a series of Zoom makeup tutorials to continue to support the early Trans community (and build customers, to be honest) called Classes for Confidence . So I signed up for the class and was very impressed at their initiative. Then I received an email suggesting I request a complimentary makeup kit to be used in conjunction with the Zoom class. Wow. Just wow. And it showed up two days later in discreet packaging. Double-wow. Smallish containers of about fourteen different potions and creams. It was really very nice of them (and an easy way to put a lot of sample product into the hands of an about to be customer-for-life.) The Z
Read more

Safety and Risk while queering the gender normas

March 25, 2021
I have dresssed up en femme a few times now. I got my kit, my basic bag of clothing, from a few thrift stores. The ones in the richer neighborhoods have much nicer stuff. I've got a few scarves. I've got a few skirts. Two sets of leggings. Two brassiers. Eyeglasses and masks get in the way but improve anonimity. I have not gone out while dressed up. I am fortunate that my significant other is radically accepting of it all. In a perverse way, I feel calm and safer when I'm dressed en femme. I feel like I'm free of all the Toxic Masculinity bullshit I've been force-fed and had beaten into me since I was three years old. I feel a lot more comfortable dressed as feminine (in girl-mood, as Eddie Izzard says) and I feel heppy to be relived of all the male expectations. I'm much more comfortable with my feelings. That's perverse because where I live, there's a great risk of significant violence when you're dressed as something unexpected
Read more

Something's Going On With Me : Femininity I have within the last ten days come to recognize that Something's Going On With Me. It's been there for a while. Now I have the "world enough and time" to ponder and pursue it. I've been growing my hair for a year now. Buzzcuts on both sides, the top grown out. It's an undercut. It's a bisexual bob that still needs to grow out. But I'm growing long hair after a lifetime of military haircuts. I'm wearing earrings. I had a mani-pedi in last fall. I wore nail polish for a few weeks last summer. I've worn a kilt in public a few times. My nipples have become sensitive to eroticism over the last few years. I've nurtured an interest in transgender women online in my circle of people, and then enlarged it to their circles of people. The notion of queering the gender norm is appealing to me. I like the way silky clothes feel on me. I want to feel pretty. I want to try out Femininity. I've been trying out eyeliner. So, even though I&#
Read more

I've had a dual diagnosis of depression and anxiety for decades. I think the meds I have serve me pretty well. I'm rarely too deep into these two monsters. The last few days I've have major anxiety in a way I haven't experience it ever before. I am completely anxious. I am afraid. Not just tense of apprehensive but afraid. Afraid as in, I smell a little differemt. I am frightened. There are days I've taken a single Klomopin for anxiety. Now I'm washing down two with a glass of wine. (Not recommended, btw). The Klonopin works well. When I take two in an evening, and certainly when I take two with a glass of wine, I'll wake up with a complete loss of memory; just a black hole. Can't drive that way. I don't know what I feel so frail and frighted about.
Read more

Something's Happening Here; What it is ain't exactly clear 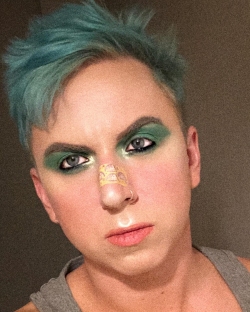 Six years ago now, I recovered lost memories of beatings and rapes and learning to be the best boy I could to avoid "being in trouble". My story has unraveled and become apparatent in non-linear ways, in hints and starts and later recognition. I've realized I wasn't the pure-hetero I spent 55 years pretending to be. I realized I didn't need to believe in the church that perpetrated the rapes, covered up for the crimes, and conspired to run a local catholic grade school as a rotating supply troop of young boys for the priests to enjoy. I've realized that when I presented myself as All-American to a young woman and proposed marriage, I was suppressing memories of events and desires and made a false presentation. When it all came to a head, and I wan't the man she thought she'd married, and I wasn't the man I said I was, that was the end of that. There was no fixing it. Now, alone and left to myself, I'm growing my hai
Read more
More posts